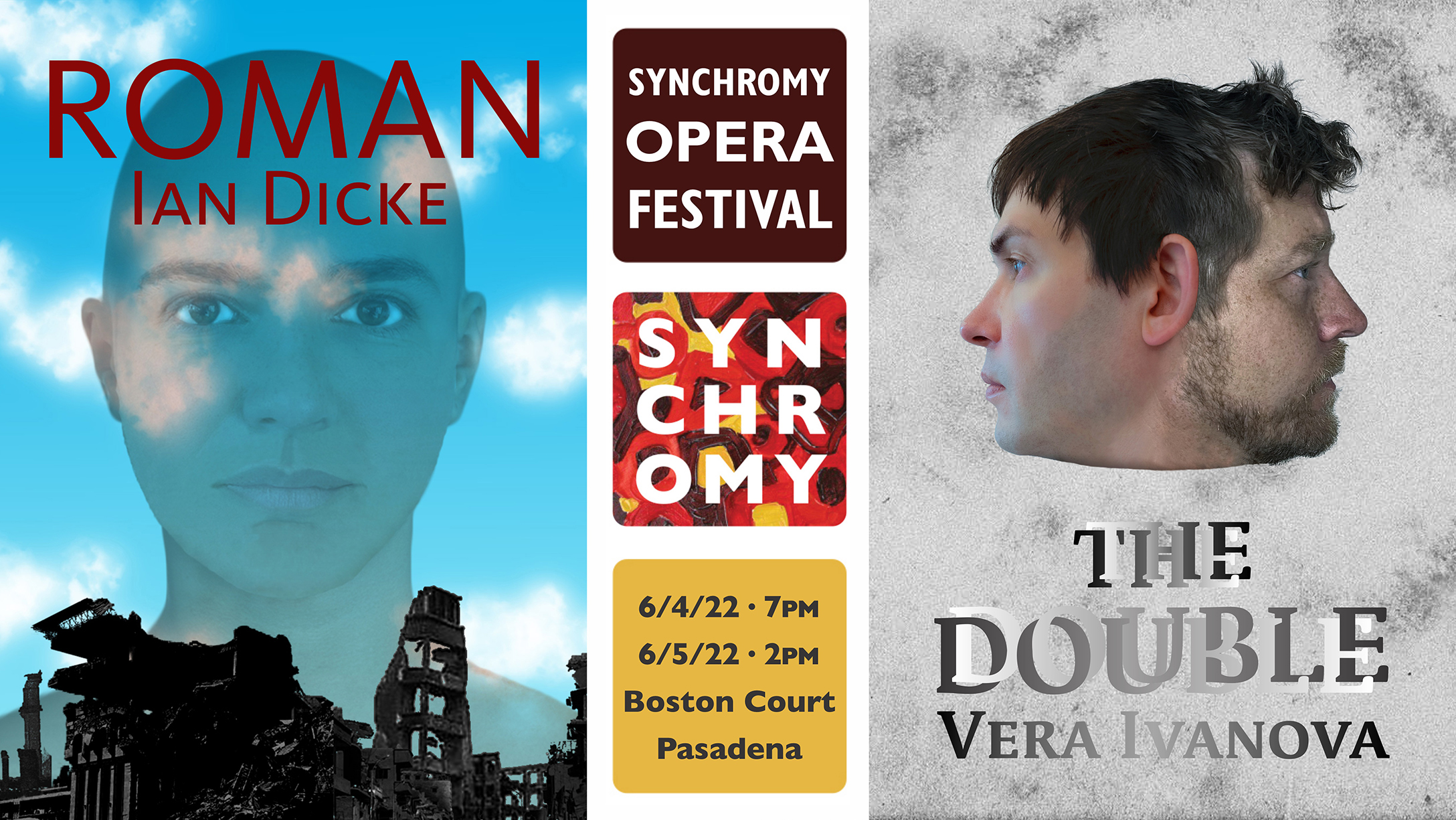 The Double by Vera Ivanova (libretto by Sarah LaBrie) questions how our outward depiction of ourselves impacts our perceptions of reality. The troubled hero of our story believes that his digital social profile, created by him, is acting independently in an attempt to take over his life. Ultimately, the audience is left asking if he really is losing his mind, or if he can see a reality we all have missed. Librettist Sarah LaBrie says of the script, “When Vera Ivanova approached me with this project, my first thought was that this story would offer an incredible opportunity to play with the concept of identity and the way it changes as our lives migrate increasingly online. Now, however, I’ve come to understand that the significance of The Double to our current cultural moment runs much deeper than that. In 2022, many of us are coming to terms with what it means to be a citizen of a country founded on a dream that clashes glaringly with the reality many of us confront.”

Roman, a multimedia opera in two acts by Ian Dicke, questions the morality of designing intelligent machines to exhibit human-like behaviors. Through a fictitious story about an AI assistant committing murder after being fed degenerate training data, this work explores the future legal ramifications of crimes committed by AI, the reach of male toxicity, the plight of virtual echo chambers and polarization, and the paradox of developing human-like computers to work in tandem with increasingly machine-like human workforces. Roman implores us to hold a mirror to our perceived values and calls an essential question: if we train autonomous AI with our concepts of morality, will the machines of the future follow our rules?