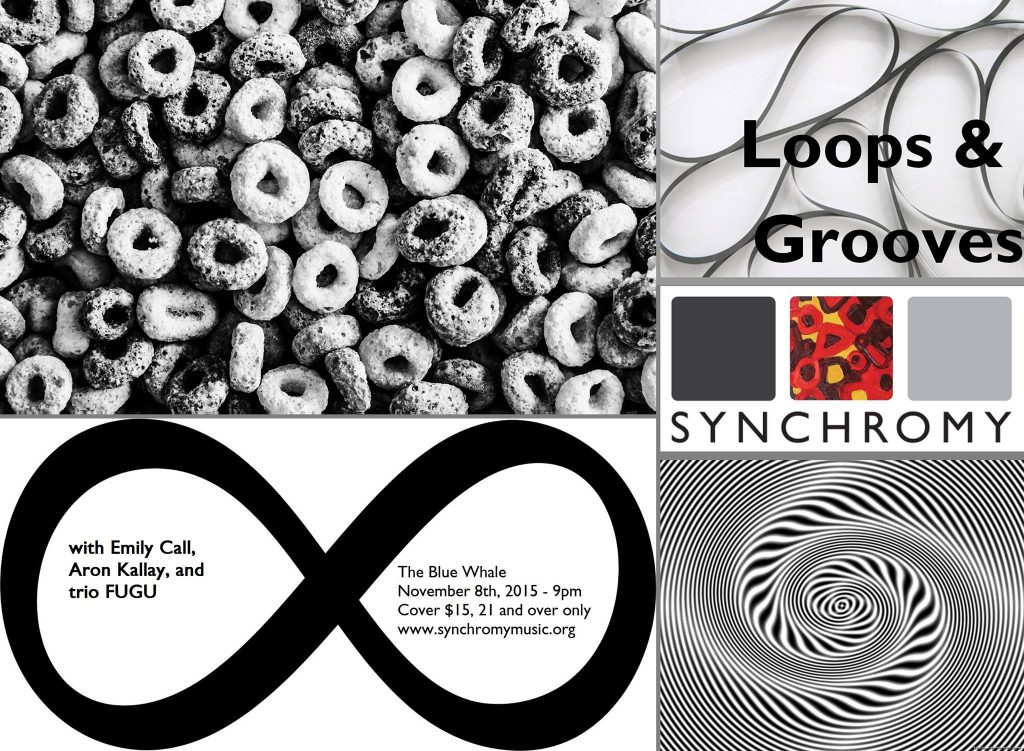 John Frantzen: Who Cares if You Listen?

Alexander Elliott Miller: The Blur of Time and Memory

Bill Alves: Paths of the Wind

The second-to-last step in my PhD qualifying exams was to compose a piece in 48 hours, using some parameters to make sure I didn’t cheat and use something I’d already written. My advisor, Clarence Barlow, knowing that I’d wanted to write something for microtonal piano for Aron Kallay’s Beyond 12 project, graciously gave me an assignment to write a piece using Bohlen-Pierce temperament. Bohlen-Pierce temperament uses the 12th instead of the octave as the interval of transposition and inversion, and then divides that 12th into thirteen step equal temperament. The result of it is that everything sounds crazy.

After a day wasted trying to wrap my head around the math, I just decided to improvise at my keyboard and find sonorities I liked, then mash them into a piece. Since then I’ve revised it to being worthy of Aron’s expert playing. I’m thankful that I got the chance to write it for him, involuntary or not.

John Frantzen – Who Cares if You Listen?

The Twentieth-Century featured many composers who pioneered the expansion of the sonic palette to where now all sounds are possible. Many books, articles, lectures, and sermons espoused the dawn of a new era, of a new expression, of new sonic possibilities. Who Cares if You Listen? embraces not only the vast array of sounds available both acoustic and digital, but also the rhythms and tonalities of the actual words used by a few of these trailblazing composers when stating their case for progress and evolution. Three composers and words attributed to them are used in the composition.

“Who Cares if you Listen?”
“Music was born free; and to win freedom is its destiny.”
“Get up and use your ears like a man!”

I’m Worried Now was written for Aron Kallay and the Beyond 12 project, and loosely based on “Worried Man Blues” – a traditional tune of uncertain origin that has transcended genres (blues, folk, bluegrass, country, rock, punk), even making its way in to my child’s lullaby repertoire. Despite a sometimes jaunty rendering, the stanzas describe horrors of indentured servitude. Our rightfully worried protagonist is imprisoned for a questionable offense, then sentenced to 21 years of hard labor on the a railroad line with 13 links of chain around his leg. The tune and lyrical content informed the tunings, which in turn informed the music, which, in retrospect, may well cover all 7 stages of grief. There are five Extended Just tunings, (1) 13-limit with a common tone functioning as different partials, (2 and 3) utonal bass notes with a treble drone in octaves, (4) a lower tetrachord encompassing the black keys and upper tetrachord encompassing the white keys, ranging to the 91st partial, and (5) a I-IV-V relationship that divides the keyboard in three, each with partials up to 23.

Wings is a trio for violin, cello and piano in three movements, built around the image of a solitary bird flying through a rain-filled sky. The first movement reflects the twisting, fluid nature of flight, with sweeping gestures and rhapsodic lines. The second movement imitates the sounds of rain – drops and sudden flurries grow into a defined, rhythmic sound which contrasts the outer sections. The final movement is built around wind – dramatic gusts expanding from unisons in all the instruments over an unsettled and shifting pulse.

“…there is a crack in everything that you can put together, physical objects, mental objects, constructions of any kind. But that’s where the light gets in, and that’s where the resurrection is… It is with the confrontation, with the brokenness of things.” – Leonard Cohen

Alexander Elliott Miller – The Blur of Time and Memory

The Blur of Time and Memory is a work for a digitally retuned microtonal keyboard, composed in the fall of 2014 at the request of Aron Kallay, as part of his Beyond 12 project. At the time, I had never composed microtonal music, but threw myself eagerly into the project and its challenges. I decided on inventing my own tuning, one in which a third of the piano keys are tuned to traditional, equal tempered pitches. The other two thirds of the piano keys are splitting selected half steps in five equal divisions. This concept enabled several effects that I liked, giving me the ability to write music with an ebb and flow between tense microtones and warm traditional pitches. Perhaps more significantly, this tuning enabled the texture of the primary motive, in which a chord rises or falls steadily through all steps of these “split” notes. With the pedal down, this creates the impression that the chord is essentially “peeling away” from itself, a strange and ambiguous sound which inspired the title.

Stephen “Lucky” Mosko wrote a series of pieces in the 80’s called Indigenous Music. They are titled that because he was the only living composer in Green Valley (about 1 hour north of L.A.), and thus felt well suited to define what was musically “indigenous” to the area. But what about those of us who don’t feel indigenous to the place we are living? We must be part of a diaspora. The term diaspora refers to anybody disconnected from the place they consider their home. Diasporic Music is an ongoing series of solo instrumental pieces that contemplate different aspects of what exactly that means. In Diasporic Music #1: Home, the strings of the violin travel further and further away from the opening unison, while always retaining the memory of the place from which they came.