Synchromy is a musician’s collective producing engaging new music events shaped and influenced by our home county of Los Angeles. We prioritize collaboration to present cutting edge music with an interdisciplinary approach in order to highlight the art, creating an entry point that deepens the audience’s understanding of the music’s intended impact. Our directors bring a wide range of knowledge, experience, and expertise to every project we present, the end result being a profound audience and performer experience unique to Synchromy. 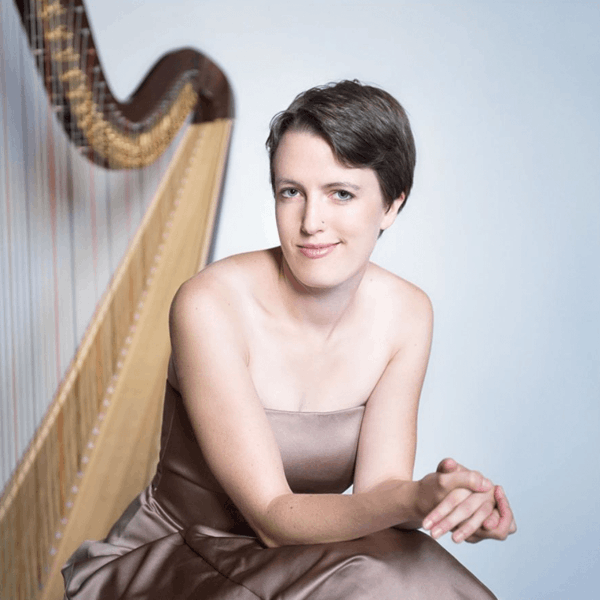 Harpist and producer Elizabeth Huston’s primary interest lies in creating entry-points into contemporary music through staging, re-defining the audience experience. She studies theater and dance, using their tactics to diversify what live music experiences can look and feel like. Living bi-coastally in Los Angeles and Philadelphia, Elizabeth hopes to unify the strengths of each culture to enrich music everywhere. For more information, please visit her homepage. 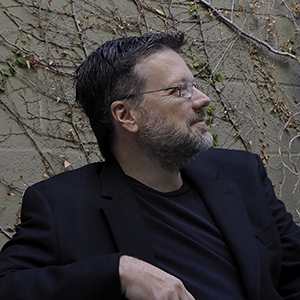 Composer Jason V. Barabba’s work has been called “deeply meditative” by Fanfare Magazine. His music has been performed by such diverse musicians as the Arneis Quartet, Janaki String Trio, clarinetist Richard Stoltzman, the California E.A.R. Unit, and Chicago's Quintet Attacca. Reviews of the 2011 premiere of Barabba’s work “Diddling: Considered as One of the Exact Sciences,” said “Barabba’s ‘Diddling’ was plain evidence of this composer’s tremendous talent and ability to evoke laughter from the listener – not an easy task.” After receiving a B.A. in Latin American Studies at Occidental College, Mr. Barabba studied music composition at the University of Chicago, University of California at Irvine, and UCLA. He lives and works in Los Angeles. Recordings of Barabba’s music have been commercially released on the Yarlung Records, MMC Recordings and Navona Records labels. For more information, please visit his homepage. 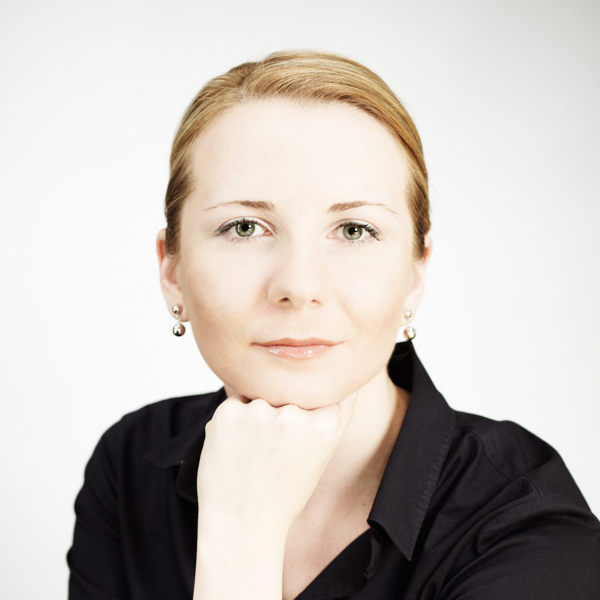 Vera Ivanova is a Russian-born composer currently based in Los Angeles and Orange County, where she teaches at Chapman University and The Colburn Academy for Young Artists. She graduated from the Moscow Special Central Music School, Moscow Conservatory, Guildhall School in London (M.M.), Eastman School (Ph.D.). Her works have been performed worldwide and released on five different CDs. 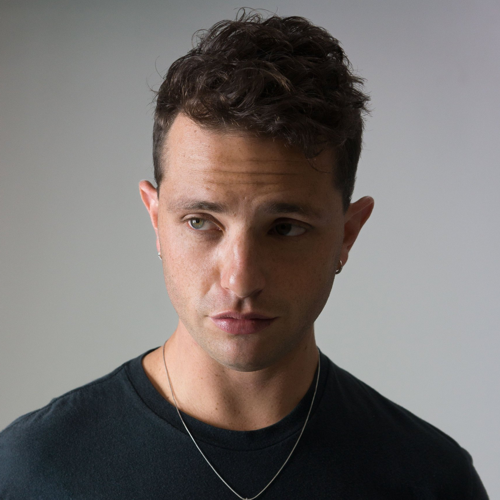 The music of LA-based composer Ethan Braun has been described as a “diaphonous haze,” offering “a heady taste of pure weightlessness,” (New York Times), “a sound that these ears – raised on Thurston, Lee et al. – find irresistible” (The Johnson Rambler). Braun has written music for such ensembles as the Shanghai, Albany, and New York Youth Symphonies, the Asko|Schönberg Ensemble, and Ensemble Klang (Netherlands). Upcoming projects include an opera commissioned by the city of Berlin with visual artist/​choreographer Adam Linder, and an opera with Contemporaneous (NYC), in addition to commissions for the Los Angeles Philharmonic, Ensemble Klang, and the Aaron Copland House CULTIVATE program. Braun penned theses on spirituality in the music of John Coltrane, and self-presentation and aesthetics in Karlheinz Stockhausen’s Trans, and has presented on the intersection of pedagogy at NYU and in the Harvard University community. He achieved doctoral candidacy at the Yale School of music in 2017. For more information, please visit his homepage. 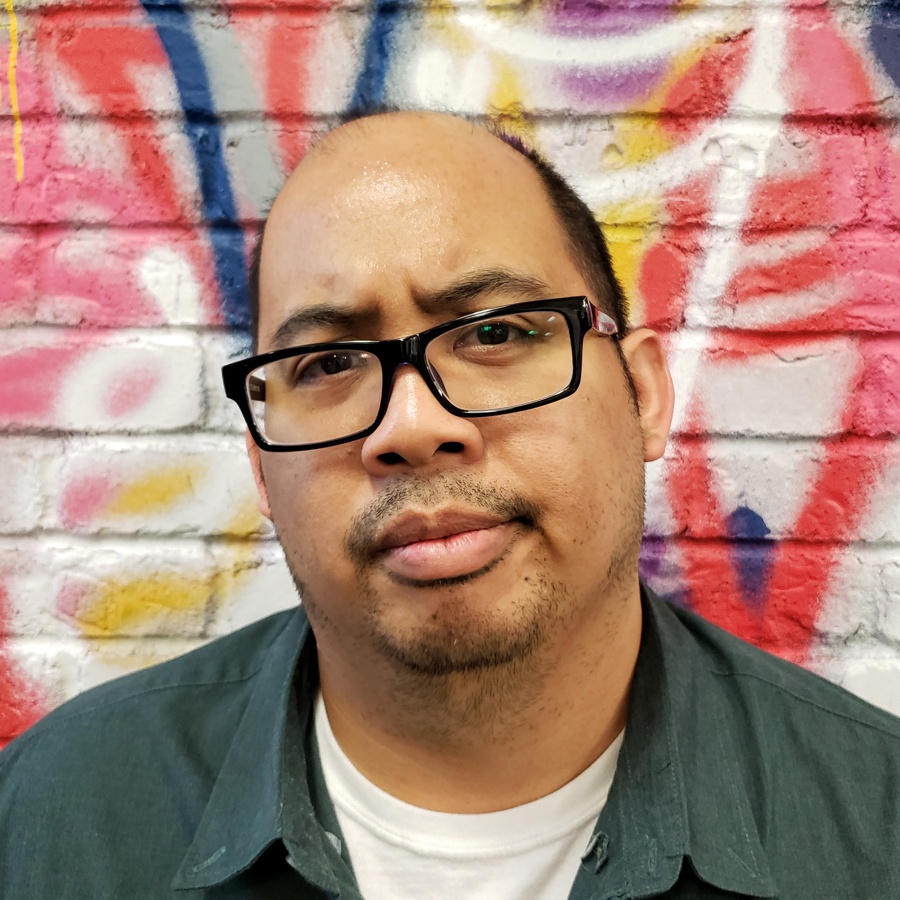 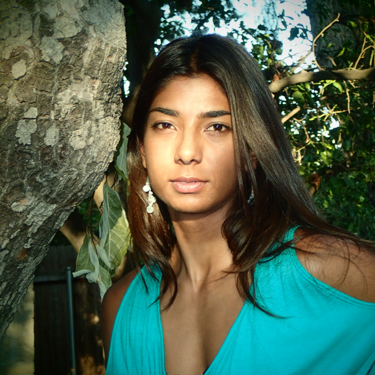 “Radiant and transcendent,” the music of Juhi Bansal weaves together themes celebrating musical and cultural diversity, nature and the environment, and strong female role models. Her music draws upon elements as disparate as progressive metal, Hindustani music, spectralism and musical theatre tradition to create deeply expressive, evocative sound-worlds. As an Indian composer brought up in Hong Kong, her work draws subtly upon both those traditions, entwining them closely and intricately with the gestures of western classical music.

Current projects include Waves of Change, a digital experience on womanhood, identity and clash of cultures inspired by the story of the Bangladesh Girls Surf Club; and Edge of a Dream, an opera about Ada Lovelace, daughter of infamous poet Lord Byron and a 19th Century pioneer in computing commissioned by Los Angeles Opera. Recent seasons have included commissions from the Los Angeles Philharmonic Association, Beth Morrison Projects, New York Virtuoso Singers, Heidi Duckler Dance Theatre, the Oakland East Bay Symphony, AIDS Quilt Songbook 20th Anniversary project and more. Her music is regularly performed throughout the U.S., Europe and Asia and available on the Naxos, Albany and Roven Records labels. For more information, please visit her homepage. 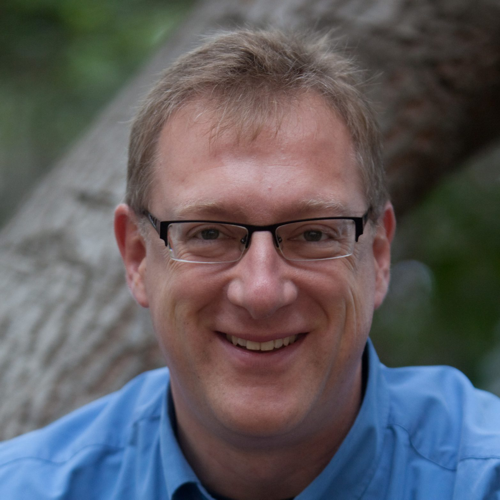 Scott Graff, bass/baritone, has appeared as a soloist with numerous ensembles including the Los Angeles Philharmonic, Catacoustic Consort, the Carmel Bach Festival, California Bach Society, and Synchromy. In November 2014, he made his Mexico City debut singing the role of Farasmane in Musica Angelica’s production of Handel’s Radamisto, performed at Palacio de Bellas Artes. Mr. Graff is an active ensemble singer in the greater Los Angeles area: he is in his fifteenth season with the Los Angeles Master Chorale, and he sings regularly with the Los Angeles Chamber Singers, whose recording Padilla: Sun of Justice was awarded the 2007 Grammy for best small ensemble recording. In addition to live performance, Mr. Graff also participates in soundtrack recordings for film and television; recent projects include Frozen, Avatar, Wreck-it Ralph, and several Mickey Mouse Short cartoons. He resides in Long Beach, California with his wife Alison, a conductor and soprano, and their two children.

Mr. Graff’s professional life also includes work beyond the world of music. He is currently a technical editor with Psomas, a Los Angeles-based civil engineering and survey firm, working in their Resource Management division. He has 20 years of experience in preparing environmental compliance documentation for public and private sector clients throughout Southern California. Highlights include assisting with preparation of the environmental impact reports required for approval and construction of Walt Disney Concert Hall and the refurbished shell at the Hollywood Bowl. 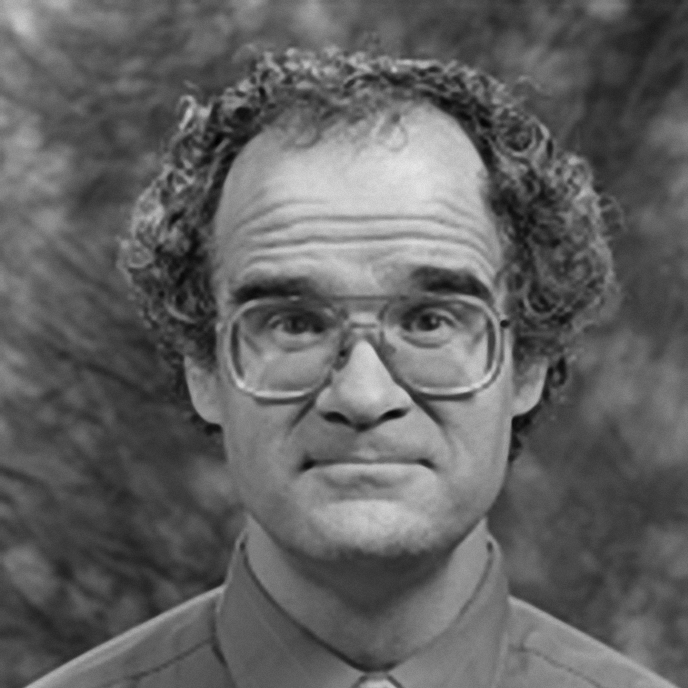 Published by Margun Music, Inc. and American Composers Editions, his music has been performed throughout Europe and North America, by such new music ensembles as Dinosaur Annex in Boston, Speculum Musicae and Odyssey Chamber Players in New York, Earplay and Volti in San Francisco, Concorde in Dublin, Gallery Players in Toronto, XTet and Ensemble GREEN in Los Angeles; and by such performers as soprano Lucy Shelton, guitarists David Starobin, Peter Yates and Matthew Elgart, organist William Peterson, pianists Genevieve Lee, Susan Svercek, Charlotte Zelka, and Karl and Margaret Kohn. His music is recorded on the Albany, Klavier, Bridge, SEAMUS, Capstone, and Advance labels.

He earned degrees at Brandeis University, S.U.N.Y. Stony Brook, and the University of Southern California; his primary teachers in composition include Martin Boykan, Bülent Arel, Robert Linn, and Frederick Lesemann. He studied cello with Timothy Eddy and Bernard Greenhouse. A founding member of the Almont Ensemble, he currently holds the John P. and Magdalena R. Dexter Professorship in Music and is Director of the Electronic Studio at Pomona College. He is an active cellist in the Los Angeles area. 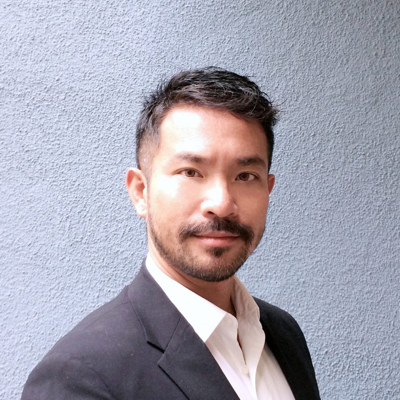 Andrew Nguyen has always been a creative collaborator, fond of puzzles and coming up with creative solutions for functional and technical challenges. An affinity for foreign languages and cultures led him to study international business at California State University at Fullerton, but the problem solving bug steered him down the IT path. As a retail systems technology consultant and then as an independent consultant for 11 years, instrumental in launching many new businesses and ventures, marketing, strategizing, and developing brands, he has decided to explore the corporate side once more as a technical product/project manager for a private equity investment firm.

He is passionate about art in its many forms; culinary, sculptural, architectural, photographic, fragrant, and musical, continuously seeking to explore and promote the unique and the unconventional. 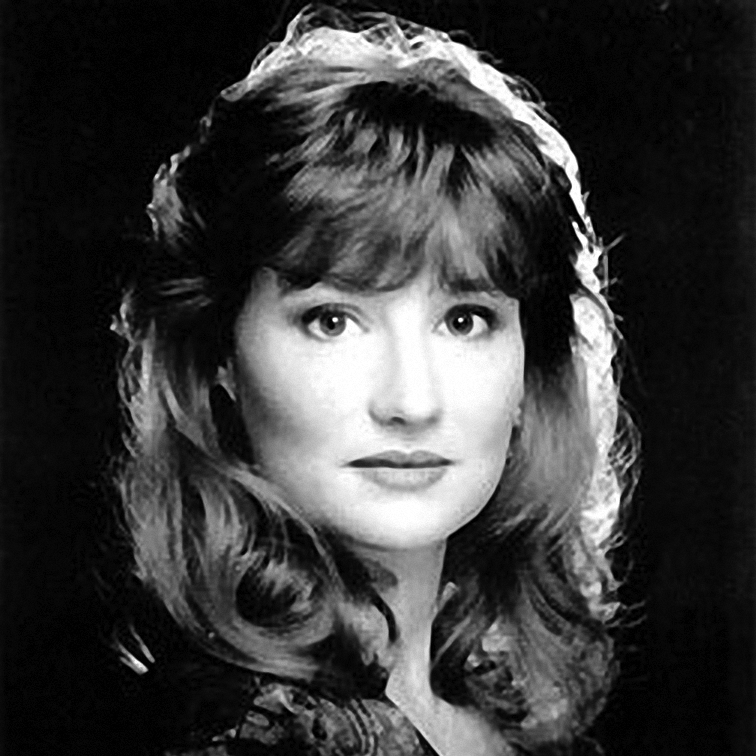 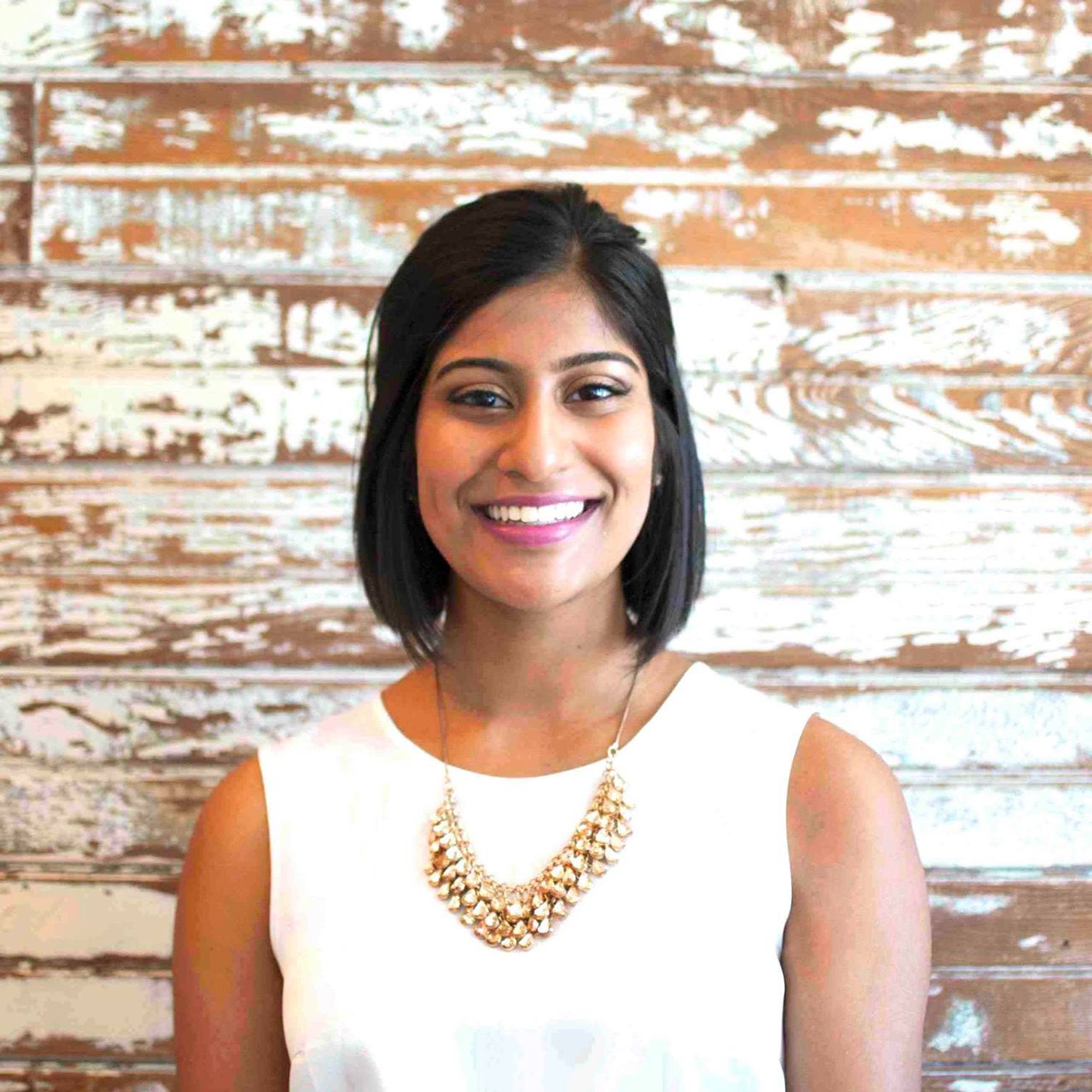 Geetha Somayajula is a dedicated arts administrator, singer, conductor, and teacher based in Los Angeles, California. She is a recent graduate of the University of Southern California, where she earned degrees in choral music (BA) and business administration (BS). She has sung in prestigious ensembles and festival choruses including the youth chorus of the Oregon Bach Festival, the 2017 ACDA National Collegiate Honor Choir, and the USC Concert Choir and Chamber Singers. As the highlight of her academic work, Somayajula was awarded the U.S. Fulbright Scholarship for the 2018-19 academic year to study the practice, performance, and pedagogy of Indian classical music. In her current role, she serves a strategist at Pricewaterhousecoopers, Los Angeles, and provides guidance to Fortune 500 clients to solve their toughest digital challenges.